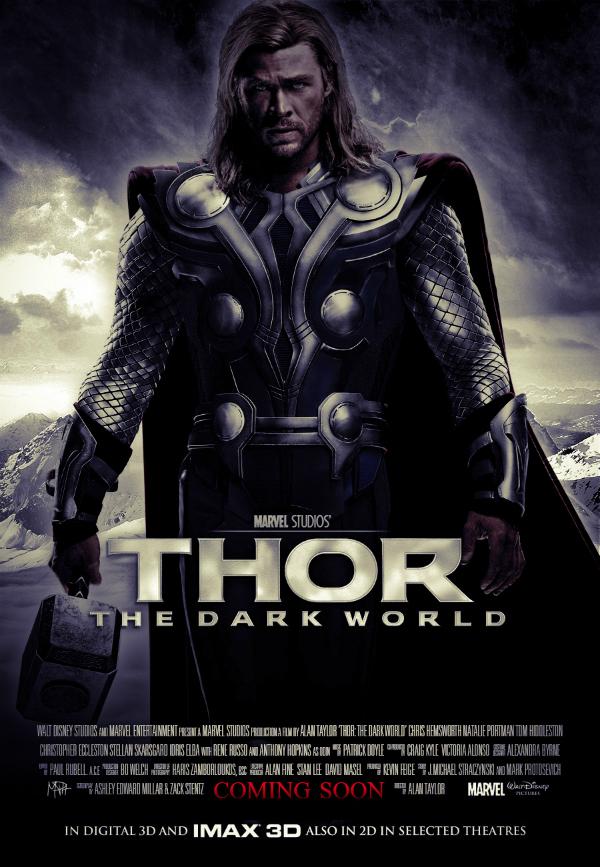 Ages and ages before the rule of Odin (Hopkins) there was a civilization known as Dark Elves.  They possess the weapon Aether, which turns everything in its path into darkness.  Their leader Malekith (Eccleston) was plotting on turning the lights off universe-wide using the Aether.  Odin’s father showed up and put the kibosh on that idea, backed by thousands of Asgardian warriors.  Malekith flees, planning on seeking revenge at his next convenience.  The all-powerful Aether cannot be destroyed unfortunately so the Asgardians decide to hide it in a place that could never be found…but let’s be real, if that were the case this shit would be over quick.  Jane (Portman) is back on earth, waiting Thor (Hemsworth) as it’s been two years since she’s seen him.  She stumbles across an anomaly that sucks her through a worm hole type thing and suddenly she’s face to face with the Aether.  It works its way into her body, and bam!  She’s back on earth. 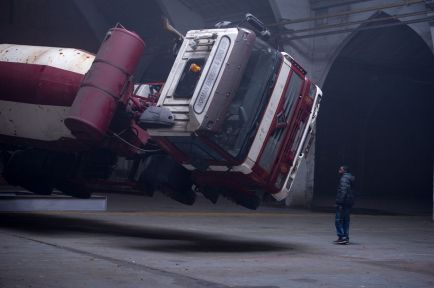 Meanwhile Thor and his crew have been stompin’ all around the 9 realms restoring peace throughout.  Upon his return, he meets up with Heimdall, the mysterious and ultra-masculine badass that protects the gates to Asgard and keeps watch over the 9 realms.  He looks for Jane to give Thor his weekly update, but can’t see her.  This gives Thor the perfect excuse to break his father’s rule on visitation to Earth.  He beams down right as the wormhole spits Jane back to Earth.  The reunite and it’s as hopelessly romantic as you could imagine.  However he quickly discovers that she’s got somethin’ going on other than hormones.  He decides to take her back to Asgard to check it out.  Odin doesn’t like that one bit, and discovers that she’s full of Aether.  This awakens Malekith and he immediately attacks Asgard trying to retake his Aether and continue his plot to darken the universe.  From here the battle spans from Asgard to Earth, and it’s high octane action from that point till’ the credits role.

It comes as no surprise (if you’ve seen the trailers) that Thor enlists the help of his brother Loki (Hiddleston) who’s been in time out down in the dungeon since what took place in New York in The Avengers.  The story was exceptionally well arranged, it was perfectly written to keep you entertained till’ the very end.  Not to mention, what’s a Marvel movie without the perfectly placed humor?  Every character got a chance to be a little funny, and it was timed perfectly in between epic battle scenes.  The film’s director Alan Taylor came from television directing, and you would have never guessed.

The action sequences held true to the Marvel franchise, they were just as epic and awe inspiring as those in The Avengers.  I really expected an over-abundance of cheese between Thor and Jane, but they did a pretty good job of keeping it mellow while at the same time giving enough to satisfy the inner sap in all of us.

The film’s crescendo was amazing…it was loud, explosive, epic and full of character driven emotion.  It was everything you’d want to see in a super hero movie and as far as sequels are concerned…it’s my favorite Marvel sequel thus far.  Why the close to perfect but not quite perfect rating you ask?  Well here’s the deal.  The plot was perfect…not too simple…not over the top…until the end.  Jane and the gang play a little too much of a role in saving Earth (again) that ALMOST lost me.  Other than that, it’s a very well rounded experience.  Go see it; it’s the kind of movie that reminded me why I love going to the movies as much as I do!