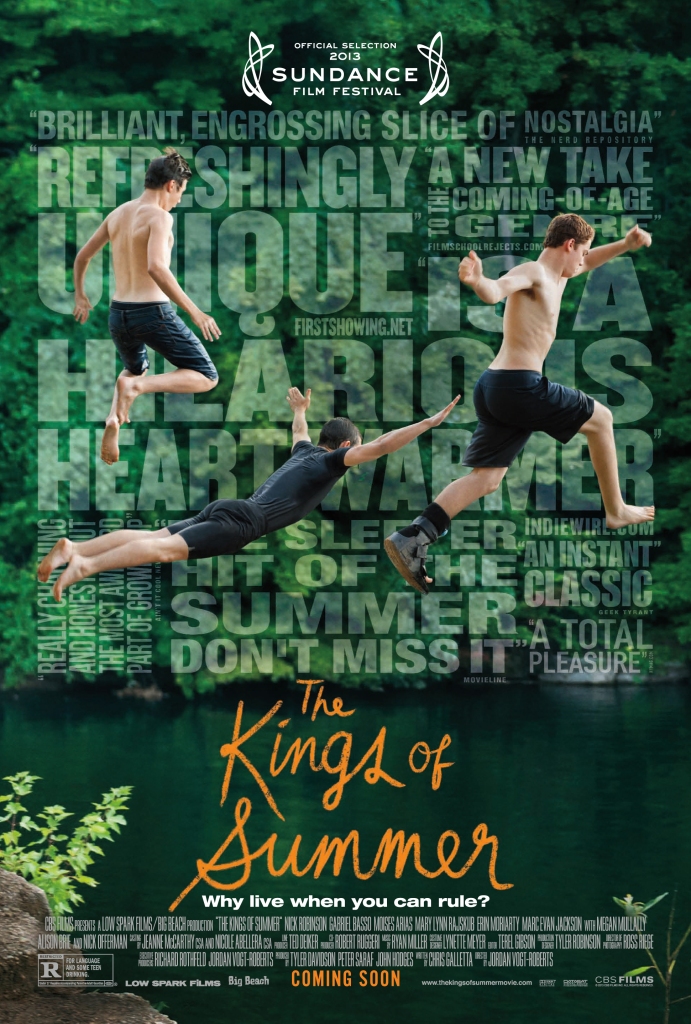 Here’s a coming of age tale about three teenagers who seek refuge in the forest one summer and build a house there in order to evade the terror of their overly awkward parents.  Joe (Robinson) is your run of the mill troubled teen.  Struggling with girls and flawed with some light social awkwardness he’s built to be the perfect protagonist in the piece.  His over-bearing, foul-mouthed father (Offerman) is struggling with his own problems and unfortunately the weight of his loss (wife passed) falls onto his son Joe.

The conflict between them is both hilarious and touching at the same time.  You see each character trying so hard just to find some sort of reality with the other, but it’s meek at best, and falls short every time.  Patrick’s parents are a whole other story.  They’re the extremely embarrassing, socially inept control freaks we all feared having as our own growing up.  This eventually leads to him jumping on board with the move to the wilderness.  The third friend in the mix is Biaggio (Arias), the super quirky, outlandish space cadet who decides to tag along.  He is essentially the plecostomus on the glass of the story…he’s there the whole time, and at times you forget about it, but every once in a while he pops up with the much needed comedic relief.  Now I have never seen the 3 main characters in anything else and I was very impressed with how they did. 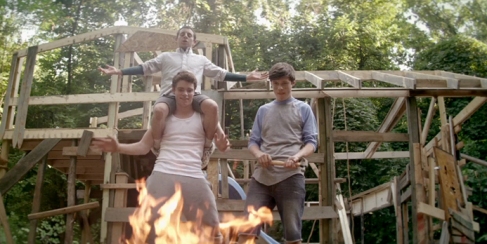 It was a very believable performance from each of them and they did the well written script justice.  The cinematography was the other highlight for me.  It was shot in a very unique first-time filmmaker fashion, giving us all the fun fancy camera tricks the rookies love playing with, and it worked.  Nick Offerman was absolutely stellar.  He was rude, crude and spoke with a vicious charm throughout, but when it came time to saddle up on the emotional side, he delivered.

The film’s quirky charm was most certainly equaled by its emotional drive and sentiment.  I laughed; I sighed, rooted for the hero and cheered.  It’s a fantastic little indie with a great story, so give it a go next time you’re at the Redbox!