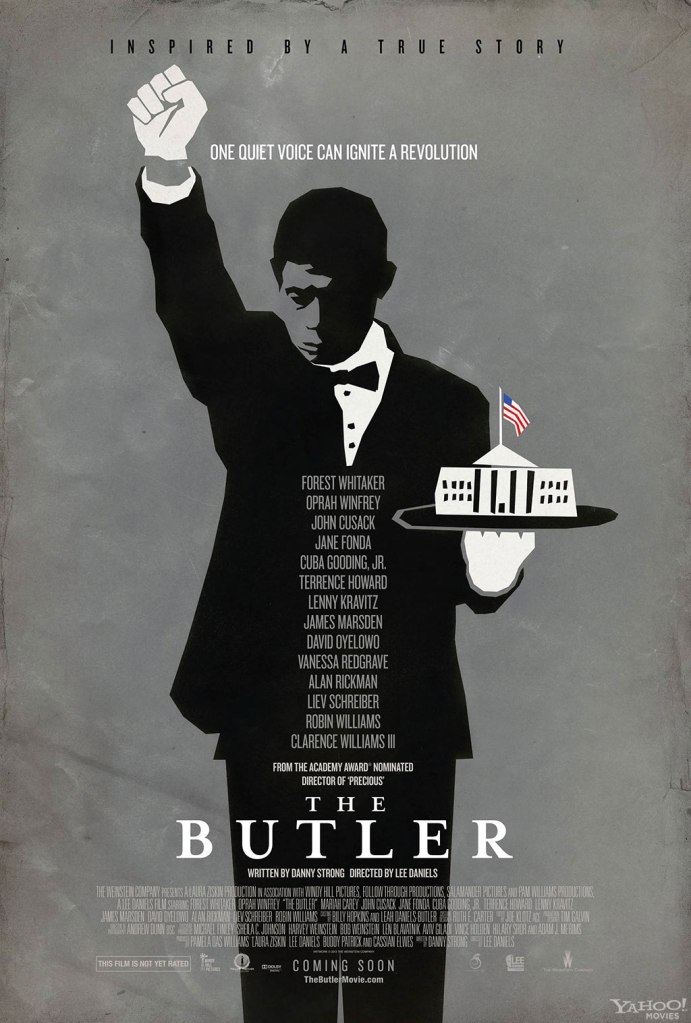 In case you didn’t know, this film was directed by Lee Daniels.  It stars Forest Whitaker, Oprah Winfrey, Cuba Gooding Jr. Lenny Kravitz, and Terrance Howard.  Cecil Gaines (Whitaker) was raised on a cotton plantation as a boy.  At a very young age he was violently introduced to the hardships of the black man when his father is shot right in front of him.  From there he flees the plantation in an attempt to create life for himself.  He stumbles across an opportunity to learn how to serve the white man as a butler and over a few years perfects his craft.  He eventually serves an employee of the white house (without knowing it) and lands himself a job in the big show. 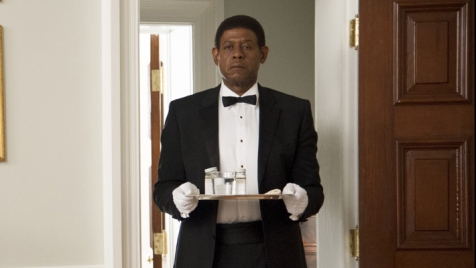 The story unfolds and over the course of the film he serves eight presidents and witnesses first hand several of America’s biggest historical developments.  The conflict of the protagonist arises when his son begins to take part in civil rights movements and lands himself in some sticky situations causing turmoil at home.  Cecil Gaines is accustomed to complacency with the imbalance of civil rights and due to his relationship with the presidents often holds faith that change will come from above, not below.  His son obviously feels strongly in the opposite direction.  He partakes in peaceful protest movements for some time, and after losing hope that these methods will spark change, he changes gears and joins the Black Panther movement hoping to cause a splash not a ripple.  The two characters then move through the film battling themselves, oppression and each other in attempt to find the answer of equality in society and within. 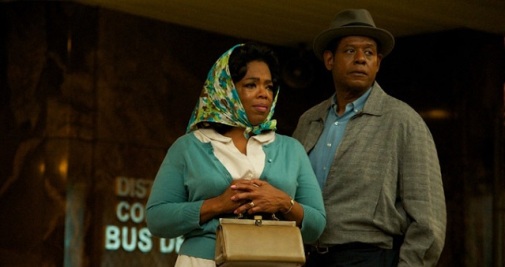 Cecil’s wife plays a large role in his journey as the backbone of the family and the light coming from darkness.  Now Oprah may be a pivotal character in pop culture and television, but she is not a major motion picture actress (the color purple was made almost 20 years ago, I’m over it) and it shows.  Some of my only problems with this picture were based on her.  Her character didn’t age in accordance with Forest Whitaker.  Lee Daniels’ makeup department worked wonders with him, but somehow neglected to with her.  It’s almost as though production didn’t want Oprah to look old until her character was REALLY old.  I couldn’t get past it; it really took away from the believability of her character.  What also didn’t help was the fact that the woman can’t really act.  I was very disappointed with her performance as the lines sounded forced out of her after 113 bad takes and Lee Daniels just settled on one to move on.  She carried very little power emotionally and didn’t convince me that she was her character.  Forest Whitaker on the other hand was an absolute powerhouse.  It was one of the most refreshing and emotionally driven performances I have seen in a long time.  He brings such a soothing presence to the screen that you fall in love immediately with him and his story. 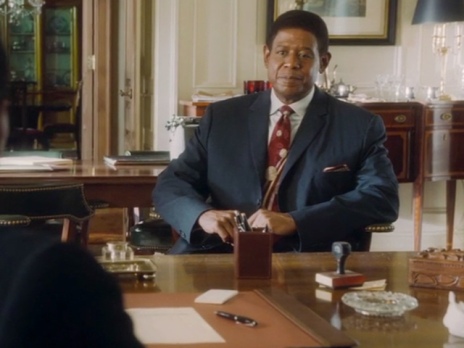 The script was great, it kept me riveted and only once did I look at my watch to see how much more we had to go.  My only other beef with Lee Daniels’ film is that Lee Daniels slaps his name all over the film’s promotion, almost so much that you wonder what he’s so worried about.  There are of course claims that the title “The Butler” was already taken, but I still wonder.  As far as directing goes, I wasn’t very impressed.  I constantly thought to myself how hard it would be screw up a story like this, so to me it was a right time right place kinda deal.  As a period piece he did a good job emulating the eras, but at the same time threw bits of footage in here and there that just didn’t quite fit and in my opinion weren’t needed to reinforce what time period we were in.  I loved the film generally.  I thought it was a lot of fun to see some of my favorite actors play presidents, huge cast.  It was powerful, moving and fun to watch for the most part.  Had Viola Davis been cast instead of Oprah and Ron Howard been behind the camera it would have been a 10.  Something tells me that Forest is going to sweep up some awards this season and rightfully so.  Oh and just in case it’s not clear, Lee Daniels directed Lee Daniels’ The Butler.  Just wanted to reiterate.