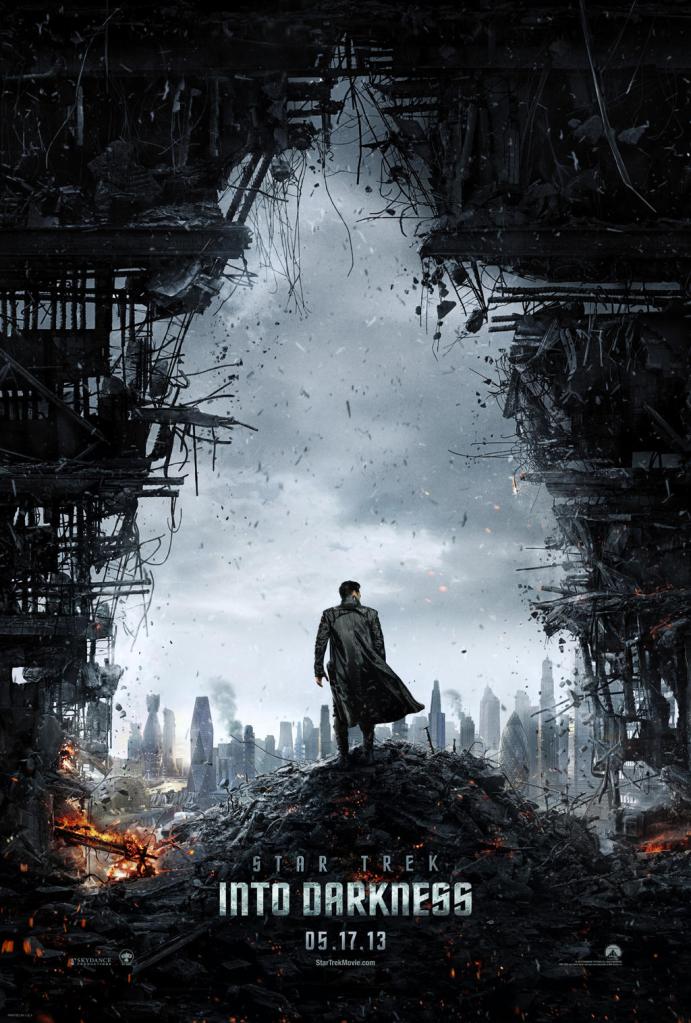 The movie opens with a bang, an act of terrorism on London and an attack on Star Fleet by one of their own leaves Captain Kirk (Pine) and his crew disheveled to say the least.  Kirk decides that he needs to seek vengeance and is sent on a mission to capture the terrorist who just so happens to be holding up on a Klingon planet in the forbidden zone.  What would a Star Trek movie be if Jim Kirk wasn’t a little rebel the whole time right?!  So they go after this terrorist and run into the Klingons who are not so happy to see them.  Before you know it, the person they were after starts defending them throwing Kirk and Mr. Spock (Quinto) for one hell of a loop.  The crew of the Enterprise then embarks on a journey of deceit and betrayal, action and some comedic asides, trying to prevent war with the Klingons and within Star Fleet.  There is plenty of sexual tension and as always tons of cheese.  I am not the world’s biggest Star Trek fan.  Most of you know me as a Star Wars fan and a die-hard one at that.  That bias aside I will say this.  I loved what J.J. Abrams did with the first one; I was thoroughly entertained and had a fantastic time actually enjoying characters that for years I hadn’t.  This one not so much, the story fell short.  The tension with Khan wasn’t built up enough to make me dislike him in the slightest, and the Klingons were only there for 30 seconds.  That being said there were plenty of funny little parts with Scotty (Pegg) and the gang which were fun.  The special effects were tip top of course and the action scenes were pretty sweet.  For me it just got WAY too cheesy.  I at one point was smacking my forehead in disbelief.  There were times were I felt like Chris Pine and Zach Quinto were just forcing out these lines that made me wonder how embarrassed the writers are hearing these words they inexcusably wrote being said aloud. 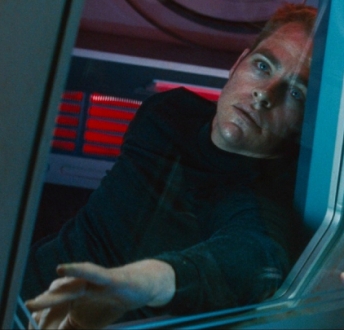 The acting was very artificial throughout, most notably with Quinto and Pine.  They had there good moments but they were heavily outweighed by the bad.  Spock and Kirk placing their hands on opposite sides of the glass as Kirk slips away and Spock can’t do a damn thing about it…but wait…Spock’s hand is in the Vulcan symbol and wait…now Kirk’s is too…as he slips away…*cue epic strings and horns arrangement* camera pans around and around and oh so epic! 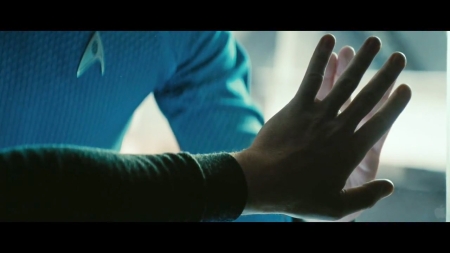 We all know that neither Kirk nor Spock will die in the second installment of a franchise.  Spare me the theatrics and try to impress with some complexity or something I haven’t seen a billion times before.  From the trailer I thought this movie would pack way more punch, I really, really wanted it to be as good as the promo made it seem like it would be. And to add to that I absolutely LOVE J.J. Abrams, but the reality is, this one failed; let’s just hope Abrams shapes up because if he does this to Star Wars I don’t know what I’ll do.