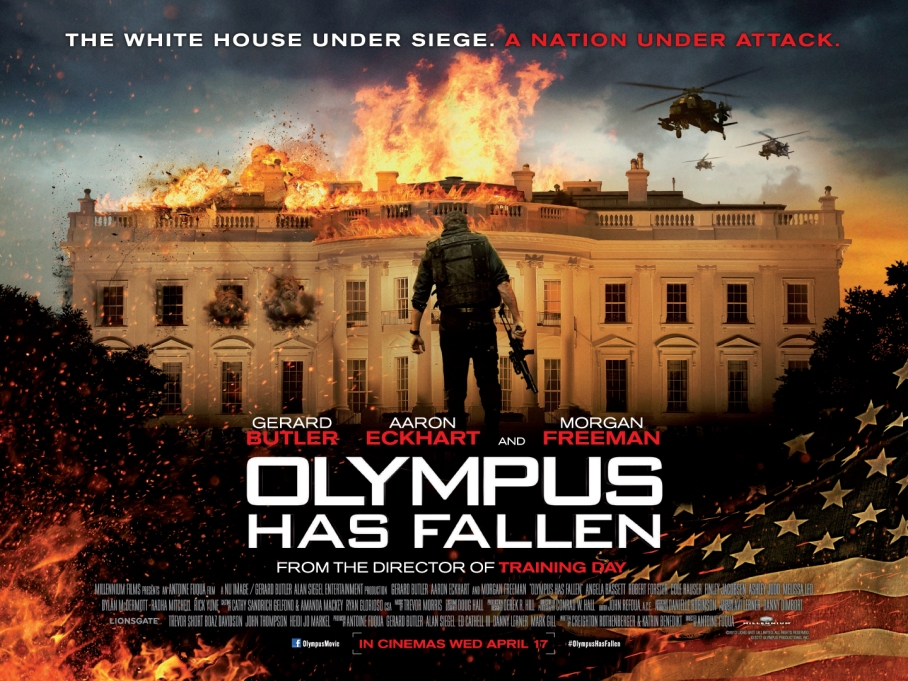 Gerard Butler versus an army that’s attacking the White House? Sure, why not!  Directed by Antoine Fuqua this piece stars Gerard Butler, Aaron Eckhart, Dylan McDermott, Rick Yune and Morgan Freeman.  I saw the trailer for this a few times earlier this year and I’ll be honest, I was intrigued.  Presidential Guard Mike Banning (Butler) is all kinds of chummed up with the President (Eckhart) and the two have a pretty entertaining relationship (jokes with the wife, buddied up with the son, and hell they even box each other).  Well Banning screws up something fierce and lands himself behind a desk.  Then all of a sudden all hell breaks loose in DC and a small army takes over the White House.  Banning sneaks his way in and from there it’s just a murder fest. 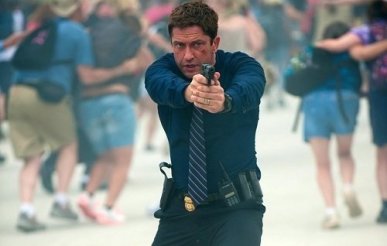 It’s very Metal Gear Solid meets Die Hard (minus the bare feet).  He works his way through the White House (knowing the floor plan by memory helps) gunnin’ for Kang (Yune) the antagonist and leader of the bite size military force that invaded the joint.  He’s pretty ruthless and has no problem putting on the hat of Executioner to prove his point.  I enjoyed Yune’s performance a lot actually.  I thought he played a great villain and his lack of concern for consequences made him a pretty high gradient challenge for the protagonists.  Another thing that was fun as hell was Morgan Freeman’s character.  He just always brings a warming sensibility to movies, especially when the tension is high.  Here’s why I only give it a 6.5:  I thought the CGI could have been WAY better.  The action scenes were definitely cool but man it looked like either a made for TV movie or something that came out in ’99.  The story is pretty silly and rather far-fetched.  I had to lighten up on the critic hat to really let loose and have a good time…and once I did, I enjoyed myself.  It’s definitely one I’ll buy on Blu-Ray once it’s on the $9.99 shelf at Target.  If you’re stuck at the Redbox with no idea what to get, then give it a go and see what happens.  You’ll probably have some fun, but obviously don’t expect to see it at the Oscars.