The highly talked about and uber controversial actress has been peaking the news the last few years with more of a social presence than a professional one, to say the least. Adopting a small army, wife to Brad Pitt and whatever the hell happened with her boobs were some of the highlights.

Sadly, her career as an actress has slowly dwindled away with her last few pictures being of minimal success. In an interview with The Hollywood Reporter she claims that she was “never comfortable” as an actress, which might explain her haphazard performances she gave in her later work. Some will claim that her talents warranted two Oscar nominations and one win, but that’s not enough to balance everything that happened in between. She took home the Oscar for Best Actress in a Supporting Role for her work in “Girl Interrupted” back in 2000 and received a nomination for Best Performance by an Actress in a Leading Roll for “Changeling” in 2009. Both were great films, and both noms were warranted, to a degree. 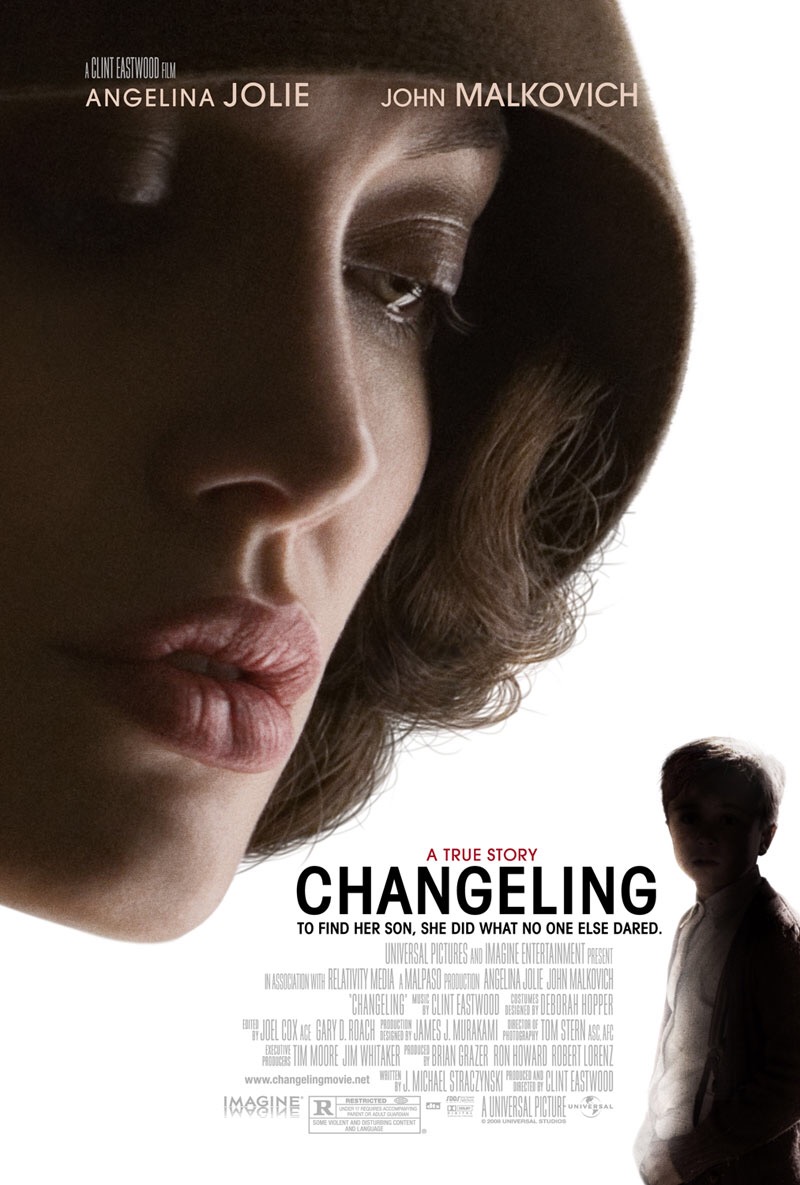 She catapulted into stardom with her performance in the hit action flick “Lara Croft: Tomb Raider” which was definitely fun for what it was and then took a heavy interest in drama with the occasional rom/com thrown in, and receives praise by most men on earth for her natural beauty.

Where’s my beef you ask? I’ll tell you. She made it to the big leagues based on appearance over talent, which I’ve always had a problem with. Sometimes she swings and knocks it out of the park, and when she does everyone seems to go berserk. What she did in “Changeling” had the academy doing backflips and critics drooling all over her but to me ANYONE could have done what she did. The story and script made that role, not her. Her performances are seemingly type casted and I feel like every time I see her I’m watching the same thing she did last year in the last picture. I pay little to no attention to mainstream hype on actors’ personal lives because I could give a shit what someone does at home, I need to be blown out by what they do on screen to get my respect. She’s been good in a few flicks, but by no means is she on par with some of Hollywood’s elite actresses.

She’s now hoping to find serenity behind the camera directing rather than acting. My vote is that she sticks to it. Ben Affleck was under heavy criticism for years, got behind the camera and made magic happen. Now when he returns to the screen people respect him because he’s definitely upped his game.

She’s responsible for “In the Land of Blood and Honey” which released in 2011 and was an absolute flop. The film’s budget (roughly) was 10 million, and it’s lifetime gross barely squeaked past 300,000. Even Changeling in which she starred, was backed by production power house Brian Grazer and his close pal Ron Howard, with Clint Eastwood behind the camera wasn’t able to cover its budget. The stats don’t lie, she’s been on her way out of blockbuster smashes for years now.

Joel and Ethan Coen believe in her enough to trust her at the helm of the upcoming film Unbroken, a story about Louis Zamperini, the Olympic runner taken prisoner by the Japanese during World War 2. In almost all of her recent work Jolie pushed HARD for dramatic effect and in my opinion came up short every time. I’m guessing that the film’s producers hope she’ll channel that emotional drive behind the camera and maybe, just maybe it’ll work. We’ll see. It’s set to release in December of this year.

I don’t HATE any actor or actress, I merely like some more than others. Angelina has never blown me away, she’s never lived up the hype I see floating around her, and after pulling that little hissy fit at the oscars a few years back when she was snubbed she LOST all of my respect. It’s extremely hard to tell if her pre-retirement retirement announcement was genuine or not. Actors do this shit all the time so I typically brush it off and wait. In the same interview with THR she states that she has a few more projects and that’ll be it for acting. There are a few in the works but she’s namely speaking of her upcoming film “By The Sea” which she wrote, directs and will star in along side her hubby Brad Pitt set to release in 2015. Did we not learn the first time that the two of them have as much chemistry as Jodie Foster would with Nick Nolte??

Nevertheless, I’m somewhat optimistic about Unbroken, mostly for the script and story and who the hell knows, maybe she’ll finally find her niche behind the camera.

See the interview with The Hollywood Reporter here.