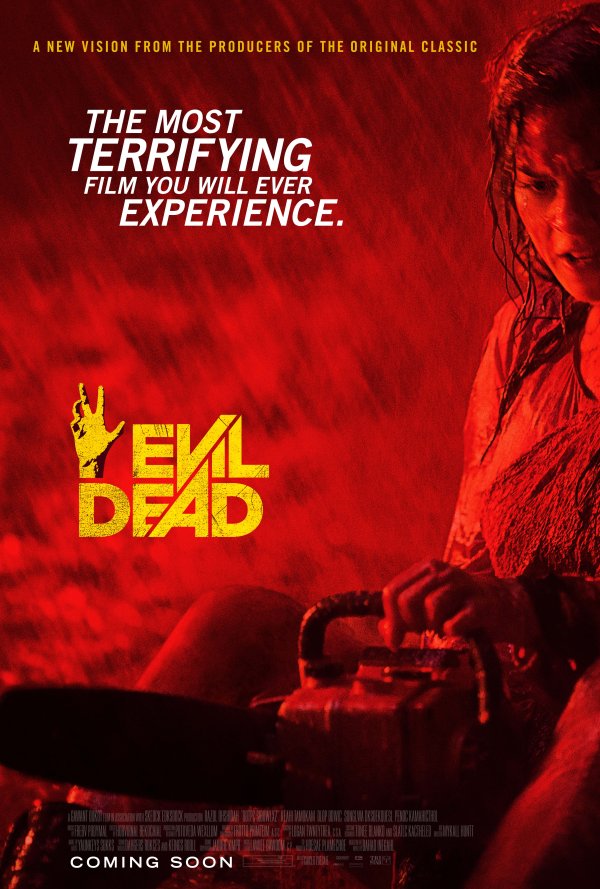 Man oh man, where to even start with this one.  Cast? Sounds good.  Evil Dead is of course a remake of the 1981 classic from Sam Raimi and it stars Jane Levy, Shiloh Fernandez, Lou Taylor Pucci, Jessica Lucas and Elizabeth Blackmore.  These 5 friends venture to a cabin in the woods (first mistake) to help Mia (Levy) get off drugs.  The second mistake is made by Eric (Pucci) who opens a creepy ass book full of Latin badness, some of which is written in blood (come on man!).  From there it shows the 5 of them battling the demonic evil that possesses one of them.  It was directed by visionary director Fede Alvarez who did an outstanding job revamping one of the all-time best horror classics into a modern masterpiece.  Viewers beware…it’s not for the faint of heart or those with a weak stomach.  The gore is incredible, blood and guts all over the place and it’s stylish as hell.  Solid camera work, great script and boy do these actors really bring some talent to the silver screen leaving you really wishing that dumbass never got curious.  I personally adopted a very firm policy: never open a book bound in barbed wire…and if you do, don’t read the obviously demonic passages from it aloud?!  Go buy this on Blu-Ray, wait till dark, grab the love of your life and brace yourself…cuz this shit gets real, real quick…and it doesn’t let up until the credits role.  If you’re a horror enthusiast like myself, you won’t be disappointed.